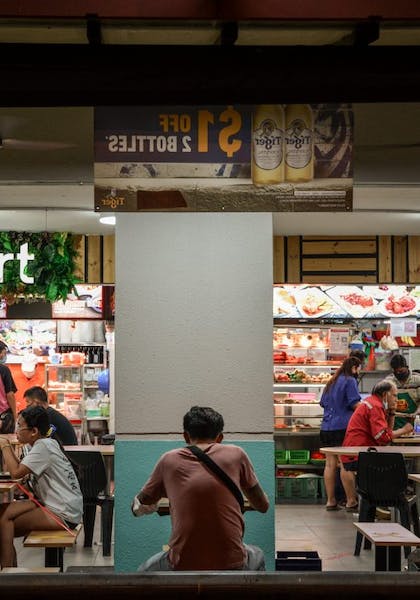 Could our Food Culture Solve the Climate Crisis?

Building up an appetite for sustainable food practices.

The first time I had ravioli, my mother described them as ang moh wantons. While I understood what she was getting at, it was clear that despite having very similar ingredients, wantons and ravioli were two completely different dishes. But what about them makes them so distinct? 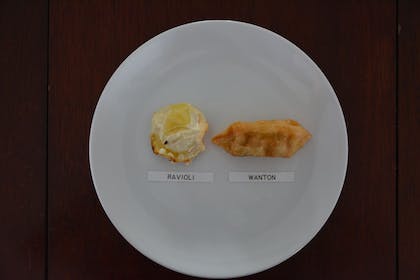 Although I have thought about this for an embarrassingly long time, there is probably no ‘correct’ answer to this question. Instead, it really depends on the meanings we ascribe to the dishes: some say that a dish is defined by its customs and traditions; others say it is defined by the way they are prepared and served. But whatever the answer is, one thing is clear – the meanings and identities we ascribe to different foods are influenced by the contexts of our local environments and communities.

the meanings and identities we ascribe to different foods are influenced by the contexts of our local environments and communities.

Take the existence of Halal chicken rice for example. Based on a well-known Hainanese dish called Wenchang chicken, chicken rice was originally adopted by early Chinese immigrants who strived to make a living as street hawkers. At that time, the hawkers primarily adapted the taste of the dish to suit the local Chinese community. Today, however, hawkers have made it accessible to the Malay community by adopting Halal preparation methods. While this could have been done out of a variety of reasons (such as economic benefit), it has undoubtedly risen as part of our culture of inclusivity. It signifies a sense of acceptance, bonding and intimacy between ethnic groups in Singapore. In this sense, Halal chicken rice is an example of how food is a reflection of the multicultural landscape in Singapore. 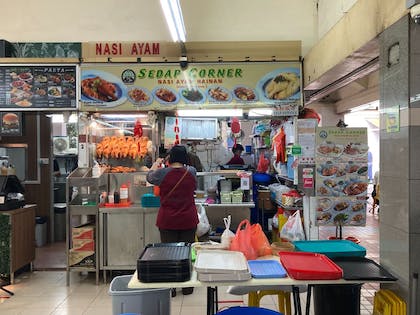 Food as a societal mirror

But the food we eat represents more than just multiculturalism – it also does the important work of creating a space for personal experience within the national narrative. It necessarily responds to locally available resources, our religions, cultures, tastes and preferences. In this regard, food tells us a lot about ourselves –

It tells us what we fear and what we desire, about our bodies and our appetites, our domestic politics, our economic circumstances and our fantasies. It tell us who we are, and who we want to be.

Since food is such an accurate reflection of local circumstances, what could it tell us about how we respond to one of the most significant events of our time – climate change?

A question of origin and survival

In a recent post on anonymous confession platform NUSWhispers, a French exchange student claimed that she was scolded by a chicken rice stall auntie after enquiring about where their chickens were sourced from. This post was met with seemingly fair responses: some mentioned that “Singaporeans don’t actually think too much about the sources of our food”, while others attributed the dispute to “cultural differences” between France and Singapore. Nevertheless, I felt it was a little strange that we were so willing to attribute the incident to our culture. What exactly about our culture makes us so sensitive about the origins of our food?

One possibility could be Singapore’s predominant national narrative of survival and scarcity. Growing up, every Singaporean student would have heard of Singapore’s nation building story – how we started off as a small fishing village and built the bustling metropolis we are today. It is a story of sacrifice, hard work and resilience on the part of our forefathers. While this has been crucial in building a sense of unity and self, it is also a narrative that inculcates a culture of ‘kiasuism’ and pragmatism. We pride ourselves for ‘doing what we need to survive’ and perceive those who are different as not contributing to our national survival.

In the context of the NUS chicken rice incident, this positions the student’s questioning as unnecessarily inquisitive. In a society that idolises pragmatism, such nosiness is especially insulting – because if there are no hygiene concerns and the food tastes good, then it doesn’t matter what the ingredients are. Everyone is happy and there are no problems. By bringing up the issue of origin, the auntie might have perceived the student as ‘trying to be difficult’, and as ‘creating problems where there were none’.

However, simply brushing these questions off as ‘being difficult’ can be counterproductive. Although being pragmatic does have its benefits, sticking to them unthinkingly also creates a situation where we stop questioning ourselves. Instead, it provides us with a convenient excuse to avoid addressing new problems.

Take the adoption of sustainable food practices for example – for now, adopting sustainable food practices means “[having to] confront existing convenient supplier relations”. If we were to follow a pragmatic point of view, we would conclude against their adoption because there is no point in fixing what is not broken – and probing about them means being a troublemaker.

But this misses the point. Being pragmatic also means dealing with things in sensible and realistic ways. Unfortunately, as we cling on too tightly to the assumption that things will always follow the status quo, we not only blind ourselves to the reality of change – we misappropriate pragmatism as a front to mask the fear and guilt we feel towards climate change. In a way, this excessively violent reaction is symptomatic of an unhealthy coping mechanism for climate change – one characterised by denial and avoidance.

This has terrible implications. For one, it frames environmentally friendly actions as ‘extra’. Because we associate the status quo with ‘doing what we need to survive’, people who challenge existing conditions are perceived to be those who have ‘forgotten what is at stake’. It creates an assumption where any advocates for change are deemed to be overly idealistic because they come from a position of privilege.

But this doesn’t automatically mean what they advocate for is necessarily misguided. Instead, the negative connotations associated with change also risks creating an inertia for improvement. People who might have adopted new, environmentally friendly actions are now less likely to do so because they don’t want to be seen as ‘extra’.

So what can we do about this?

How can we use our food culture as a medium for change?

Food as medium for change

One possibility is to situate our food culture in ceremonies. As author Robin Wall Kimmerer writes in her book Braiding Sweetgrass, “ceremonies focus attention so that attention becomes intention. If you stand together and profess a thing before your community, it holds you accountable”. This makes the implication that ritualising certain practices signifies (what these practices stand for) are what our community holds to be important. It exerts a normative social influence that transforms the ideals and beliefs that society conforms to.

On this front, there is at least one precedent that shows we are able to mobilise our food culture for social change. Take the prevalence of cross-cultural eating practices for example. In Singapore, the celebrations for specific ethnic groups are also celebrated by other racial groups through partaking in the former’s cuisine. This instills in us an aspect of multiculturalism because the intermingling of different food practices leads to the creation of a hybrid, superordinate national identity that transcends racial boundaries. It ultimately tells us that our food culture can act as a medium to project our beliefs and sentiments into reality.

our food culture can act as a medium to project our beliefs and sentiments into reality.

In the same way, while some people might feel that sustainable food practices (like banning straws or composting) have limited effects on the environment, we also need to recognise that is besides the point. The point is these actions situate sustainable practices as ceremonies – and by doing so, we stand together as a community and profess it to be important. As we tell ourselves that sustainable practices are important to us, we increasingly hold ourselves accountable to them. So, the next time you hear that banning straws is going to do nothing for the environment, remember: it is not so much about saving the turtles or the sea birds – it is about making a statement.

For Singapore, as with many other communities, food is a reflection of who we are. But in this reflection, it seems we have left climate change out of the picture. It could be because we are scared – scared that doing things differently will mean the success we have enjoyed thus far can no longer continue. But this fear has negative consequences – not only does it paralyse us from making positive change, it also villanises anyone who tries.

Nevertheless, history shows us that large scale social and cultural changes occur from the bottom up– and so using something as inclusive asthe food we eat could be an excellent way to build a social consciousness around climate change. Not using straws or recycling your food waste isn’t going to save the world – but by engaging in sustainable food practices, you might initiate a mindset change that could.

Lucas Hsu is a third year Environmental Studies (ES) major at Yale-NUS college. He is majoring in ES because he finds the connection between culture and the environment to be very interesting. He believes this knowledge will shed light on why we make certain decisions - and help us retell stories in ways that will enable positive change. As an aspiring Geography teacher, he also hopes to motivate his students to engage in issues of societal concern and reflect on the ethical considerations of decision making. 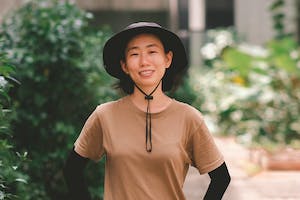 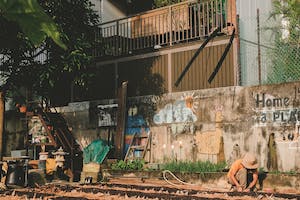 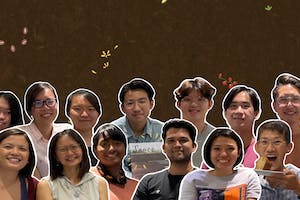 Landing on a new Page 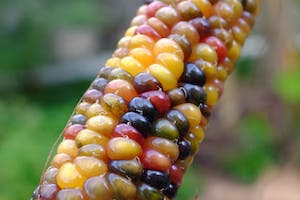